Ancient people of China used totems to record many beautiful stories and heroes in their hearts, so as to express their feelings and to make sure future generations remember them.

The Eight Immortals (Chinese: 八仙; pinyin: Bāxiān; Wade–Giles: Pa¹-hsien¹) are a group of legendary Xian (“immortals”) in Chinese mythology. Each immortal’s power can be transferred to a tool (法器) that can bestow life or destroy evil. Together, these eight tools are called the “Covert Eight Immortals” (暗八仙). Most of them are said to have been born in the Tang or Song dynasty. They are revered by the Taoists and are also a popular element in the secular Chinese culture. They are said to live on a group of five islands in the Bohai Sea (a sea on the coat of north China), which includes the Penglai Mountain-Island.

The Legend of the White Snake, also known as Madame White Snake, is a Chinese legend which existed in spoken tradition long before there was any written compilation. It has since been presented in a number of major Chinese operas, films and television series.

The story is now counted as one of China’s Four Great Folktales, the others being Lady Meng Jiang, Liang Shanbo and Zhu Yingtai, and The Cowherd and the Weaving Maid (Niulang Zhinü). 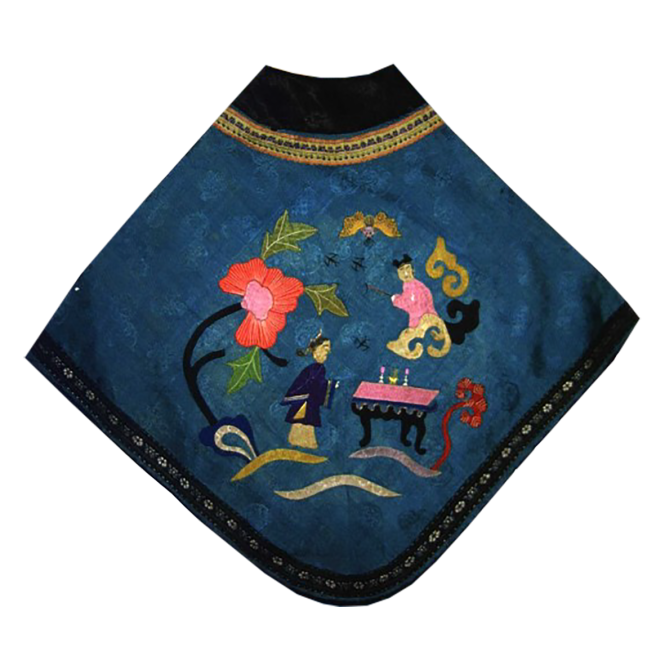 The Cowherd and the Weaving Maid is a Chinese folk tale. The general tale is a love story between Zhinü (織女; the weaving maid, symbolizing the star Vega) and Niulang (牛郎; the cowherd, symbolizing the star Altair). Their love was not allowed, thus they were banished to opposite sides of the Silver River (symbolizing the Milky Way Galaxy). Once a year, on the 7th day of the 7th lunar month, a flock of magpies would form a bridge to reunite the lovers for one day. There are many variations of the story. The earliest-known reference to this famous myth dates back to over 2600 years ago, which was told in a poem from the Classic of Poetry.

Wu Song Slays the Tiger is a story in Shi Naian’s “the Water Margin”. The story says that when in Liangshan the hero Wu Song was on the way to back home to visit his brother and when he was passing by the placed called Jingyanggang he drank 18 bowls of wine in the restaurant and he was drunk. He was told that a tiger on the hill would hurt people and was advised not to move on. Wu Song didn’t believe this and sure enough he met a tiger. Wu Song fought with his fists and killed it, removing the pest for the local people. Then, it became a popular tale.

The qilin (Chinese: 麒麟; pinyin: qílín) or kirin is a mythical hooved chimerical creature known of in Chinese and other East Asian cultures, it is said to appear with the imminent arrival or passing of a sageor an illustrious ruler. It is a good omen thought to show the occasions of prosperity or serenity. It is often depicted with what looks like fire all over its body. Liu Hai Plays with a Toad is an ancient Chinese folk tale, derived from Taoist illusions. When Liu Hai was young he cut firewood in the mountains and rescued an injured toad with only three feet. After, the toad became a beautiful girl and married him with the skill of spitting out money and gold ingots. Therefore，in folk Chinese tales, the toad has the role of acquiring wealth and exorcising evil spirits. 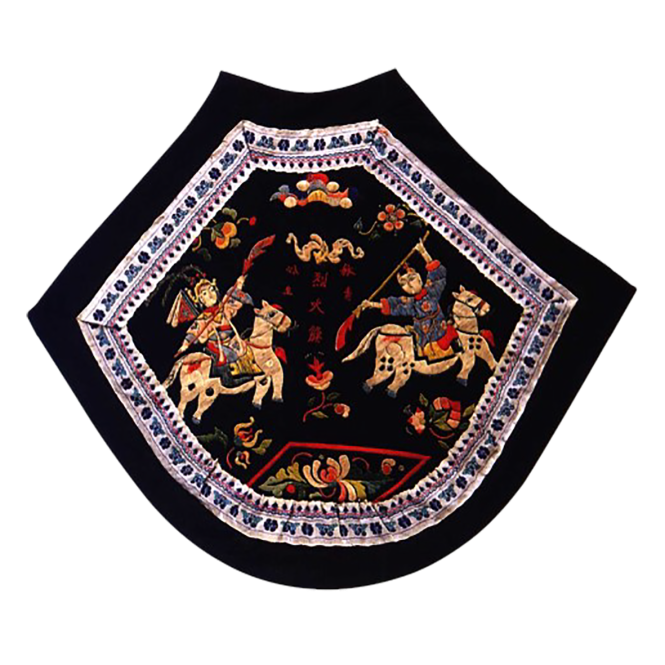 Di Qing was born to a poor family in Xihe, Fenzhou (汾州西河; present-day Fenyang, Shanxi). He sported tattoos on his face and excelled in mounted archery. In 1038, during the reign of Emperor Renzong of Song, Di Qing was appointed as Commander (指揮使) of Yanzhou (延州; covering parts of present-day Shaanxi). He participated in the war between Song and Western Xia. Each time he went to war, he would don a bronze mask and let his hair run wild and disheveled, charging onto the battlefield. Di Qing participated in a total of 25 battles in his lifetime. Of these battles, he was best known for his night raid on the Kunlun Pass on the 15th day of the first lunar month in 1053. He died at age 48.

Find your own oriental pieces on Interactchina as well as other beautiful things!

Aileen & Norman co-founded Interact China in 2004 with specialization in fine Oriental Aesthetic products handmade by ethnic minorities & Han Chinese. Having direct partnerships with artisans, designers, craft masters and tailors, along with 10 years solid experience in e-commerce via InteractChina.com, we position well to bridge talented artisans in the East with the rest of the world, and bring you direct finely selected products that are of good quality and aesthetic taste.

P.S. We Need People with Similar Passion to Join Our Blogging Team!

If you have passion to write about Oriental Aesthetic in Fashion, Home Decor, Art & Crafts, Culture, Music, Books, and Charity, please contact us at bloggers@interactchina.com, we would love to hear from you!

“Let’s have Joy in Oriental Aesthetic !”